Under the agreement, Netball WA will utlise Komo’s trusted platform to engage fans both in-stadium and digitally to create an opportunity for their sponsors to obtain a measurable ROI from their sponsorship investment.

Through Komo’s platform, Netball WA will be able to create a digital destination for their fans to consume exclusive West Coast Fever content, compete against other fans in games of Live Trivia, voice their opinion in fan polls and redeem offers via Digital Coupons from sponsors.

Komo has been designed to help business and sports teams alike to understand, engage and commercialise their customers via any channel. The platform enables businesses to create interactive content, competitions and gamified experiences with proven templates in minutes, with no coding required. Komo currently works with the likes of Coca-Cola Amatil, Fox Sports, Charter Hall, TGI Fridays, Marvel Stadium and Burger King.

Lauren Movick, Partnerships Manager for Netball WA said: “We are thrilled to have renewed our partnership with Komo for the upcoming Suncorp Super Netball season. We look forward to continuing to provide an innovative fan engagement experience both in-stadium and across our digital channels. Komo is enabling us to speak to our fans in an authentic way while capturing valuable first party data”.

Joel Steel, CEO, Komo said: “The West Coast Fever are a team with a passionate fanbase, that has a strong connection with their supporters, and we are proud to announce that West Coast Fever has extended their partnership with Komo. Our mission is to provide an innovative solution for businesses to deepen their connection with customers and capture first party data in a non intrusive manner. I’m excited to see how West Coast Fever will put our platforms full range of features into action this season, seeing the reaction from fans and the benefits from West Coast Fever’s key sponsors”. 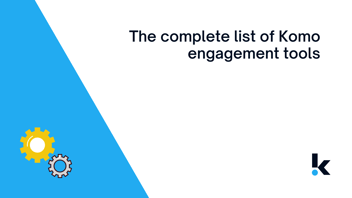 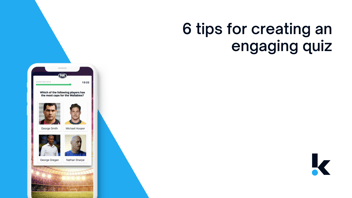 6 tips for creating an engaging quiz

Creating an engaging quiz can be challenging. From picking the right quiz topic to ensuring the... In 2020 digital engagement came to the forefront of the business world. As the impact of the...